A few years ago, when someone said that he/she is a computer programmer, we looked up to them with awe. But now in the age of digitization, it is compulsory to have at least a basic knowledge of programming languages, and at times you have to learn more than one language to get the IT Sector job. Also for the advancement of your career, you have to have good knowledge and practice of several programming languages.

You may have the money and the passion to learn one of the programming languages, but there would be much confusion in choosing the best language to learn. You will have to consider some points while deciding which language to learn, like the difficulty level at which you can learn, your reason for learning the language, and for sure the language that you can align with your existing set of skills.

Whether you want to get a certification of a new programming language, learn new skills, or want to develop a new application, you have to choose the best among programming languages available. In this article, we have sorted for you the best of programming languages that are in demand right now. We have considered the complexity and usage of a particular language. Don't let the fact that you are a beginner burst your enthusiasm - you can always learn the language from scratch and build upon that.

Python is undoubtedly the first on the list, for beginners, It is largely accepted to be the best of programming languages because of its easy usage and application. It is an open-source programming language with community development and extensive support module, good data structures, and free to use. Python finds its use in developing web applications, software, complex Video games, Civilizations IV and Toontown, 2D imaging, and 3D animations. Python has popularly used language for software working on machine learning and big data applications. Popular applications using Python include Facebook, Twitter, Instagram, Pinterest, YouTube, and many more.

If you are looking for a way to get started with Python, check out this course: Mastering Python.

Java is one of the most demanded and commonly used programming languages of the time. Because of its flexibility and Write Once, Work Anywhere (WORA) capabilities, applications created by Java can be used on different platforms like Mac, Windows, Android, and IOS. Java finds its popular use in web and application development as well as Big Data. In the present time, almost 3 Billion devices are using applications created using Java.

One other important use of Java is in the server-side development of prominent websites, including Google, Twitter, YouTube, and Amazon. Have is used at a great scale in the development of hundreds of applications and has a huge community. Also, Java programmers actively engage in various forums to spread ideas and solve programming problems.

We recommend going through Java: A Deep Dive - intensive training in Java to help expand your knowledge

Inspired by Python, Swift was developed by Apply for Linux and Mac applications. Swift is an easy to learn, open-source programming language. Swift was made as an alternative to Objective-C for Apple. Swift is less flexible as compared to other programming languages, and it can be used with IBM Bluemix and IBM Swift Sandbox. If you are used to operating iOS systems and want to build iOS or Mac apps, Swift is the one language for you.  Popular IOS applications using Swift include Mozilla Firefox, WordPress, and Flappy Bird.

Probably C is the oldest commonly used programming language and the basis on which other programming languages are built like C#, JavaScript, and Java. Many programmers skip learning C while others prefer learning C as the base for earning C++. Both C and C++ are widely used in Computer Science and programming and are high performing. Applications made by using C and C++ can largely be used on different platforms. C and C++ find its popular use in building client-server based and Video games.

Go, also known as Golang is a popular programming language developed by Google. Go provides excellent support to extensive cross-linking and used by companies based on heavily distributed systems. Google created Go to control its servers easily. However, Go doesn't support complex concepts and meta-programming. It is adequate in developing the smallest web applications, APIs, and web servers. Go provides automatic assistance to programs running on separate PCs to share data at the same moment. Go unlike many other Object-Oriented programming languages, does not use class inheritance to build one functionality on the top of others.

If you are new to Golang, check out our Go Programming Training curated specifically for beginners.

Programming Language R, built in the year 1993, takes its name from its developers Robert Gentleman and Ross Ihaka. R operates on Linux, Mac, and Windows operating systems. R comes with standard data processing tools to discover patterns in big data blocks. Many programmers use R in IDE as a high power scratchpad to fiddle with large data. Top IT corporations using R include Capgemini, Accenture, and Cognizant.

If you are interested in the world of Big Data, we recommend learning R programming first. You can check out our training in R for more details. 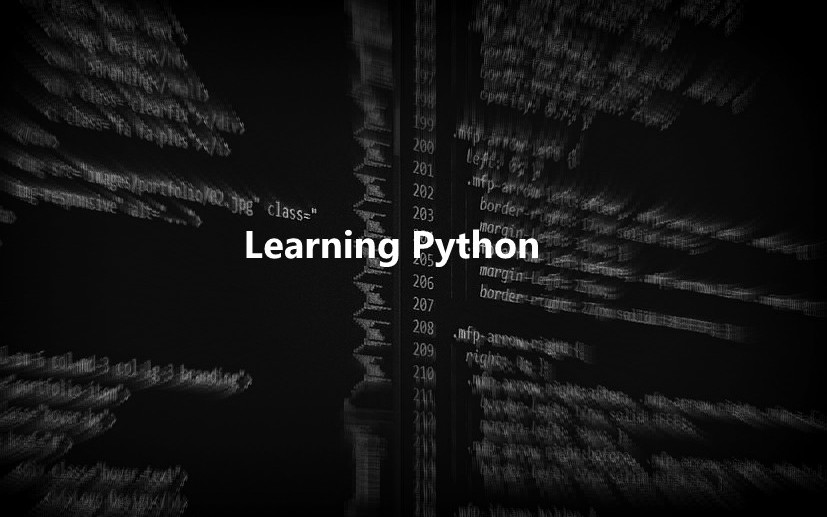 How should I start learning Python?

Python is a powerful, flexible, open source language that is easy to learn, easy to use, and has powerful libraries for data manipulation and analysis. Python has a unique combination of being both a capable general-purpose programming language as well as b...